People make a community, and a good community has great people. Everyone has a story to tell – ours is a story about how we fell in love with where we live, because of those who call the Cedar Valley home

An interview series sharing the stories of those who call the Cedar Valley home.

People are your community, and great people make a community one great place to live.

Find us on Apple Podcasts and Spotify!

Creator of quality designs and thinker of fresh ideas.

Far far away, behind the word mountains, far from the countries Vokalia and Consonantia, there live the blind texts. A small river named Duden flows by their place and supplies it with the necessary regelialia

A Little Of Our Story

We were simply born to paint pixels for a living

Far far away, behind the word mountains, far from the countries Vokalia and Consonantia, there live the blind texts. A small river named Duden flows by their place and supplies it with the necessary regelialia

Say hello to your team 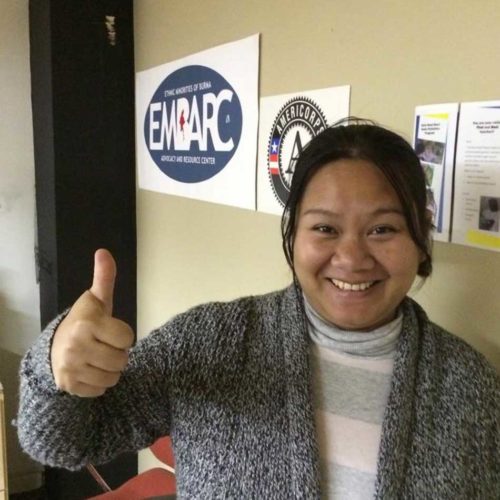 Ah-Lei is a Karen Burmese refugee who aspires to open her own restaurant in Waterloo. She fled Burma in 1999, leaving behind a war-torn country in search of a better life. Ah-Lei moved around Southern Asia teaching herself to cook along the way, developing her own unique style reflecting her journey.

In 2013, Ah-Lei relocated to Waterloo with the help of EMBARC (Ethnic Minorities of Burma Advocacy and Resource Center). She enjoys living in the Cedar Valley because she knows there are possibilities for her family that would not have been possible in Burma, especially education and promising jobs.

Ah-lei recently had the opportunity to wow the public with her unique cuisine which was showcased at a pop-up event hosted by Sidecar Coffee and EMBARC in Waterloo. Ah-lei’s incredible food was entirely sold out in two hours, with enormously positive feedback from the community. Eventually, she would love to open her own restaurant, where she can share her culinary delights with the Cedar Valley.

When Nick and I were given the opportunity to purchase a dental practice in New Hampton and move back to our hometown, we were both overjoyed. We knew that this was going to be a great place to own a business and to raise our family.

Our community has been so supportive of our small business. From the very first day, we purchased the dental practice, we have felt that New Hampton encouraged and welcomed us back into the community. Our hardworking staff really cares about our patients, as many of our patients are also our neighbors and friends. Our patients know they can trust us to do the best quality care. Through our practice, we have made countless connections with people in the community, and those connections mean so much to us.

We also couldn’t ask for a better place to raise our kids. We have a four-year-old, a two-year-old and a ten-month-old. There are so many awesome resources for our kids here in New Hampton. We have an amazing park with an updated pool that has a splash pad for our little ones. We have a school district that puts kids first and is in the process of building a new middle school. We have a library that has a very engaging and interactive story time every Wednesday morning for our young kids. We have a clinic with doctors who truly care about our children. There are tons of activities for our kids to be involved in, whether through our Park and Rec department, our church, or other community groups. Our kids feel safe and welcomed everywhere we go.

The relationships that we have built in New Hampton are irreplaceable. When we are out and about in our community, we know that we don’t just live or work in New Hampton, we are a part of New Hampton. We wouldn’t want to live anywhere else! 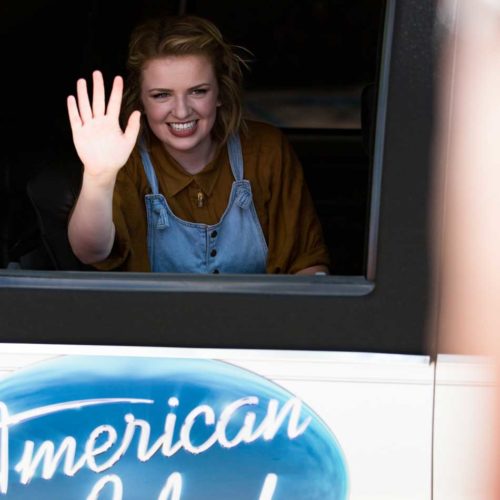 “It’s not common for people from small town Iowa to pursue careers in the entertainment industry, and even though that dream seemed so out of reach for me for so long, community members have always stayed behind me one hundred percent,” says Maddie Poppe, recent Season 16 winner of the hit ABC show American Idol.

The young Iowa star has, in only a few short weeks, showcased to the entire United States the humble and genuine demeanor of growing up and living here in the Cedar Valley.

For the past four years, this Hawkeye Community College student has performed hundreds of times in front of small crowds in every coffee shop, book store, county fair, even singing for those who participated in RAGBRAI (Register’s Annual Great Bike Race Across Iowa). RABGRAI, a non-competitive bicycle ride, goes across the state of Iowa. RAGBRAI is the largest bike-touring event in the world.

Maddie’s broad appeal comes thanks to her amazing ability to pick great songs, but also her grounded, and somewhat quirky personality. The Clarksville native credits her success on the atmosphere that she was raised in.

“I truly appreciate life in small towns. I think something that helped me in this contest was that I could relate to most of America simply by growing up where I did. They are truly the kindest, most down to earth people you’ll ever come across, and that’s something I didn’t realize until I was stuck in Los Angeles for five months. The crew of American Idol couldn’t believe how kind and generous everyone was at my hometown visit and it really opened my eyes to just how amazing the people in the Cedar Valley are,” says Maddie.